Crown Point, known as the “Hub of Lake County” is a city located about 47 miles east of Chicago. It is also the county seat of Lake County, Indiana. As of 2020, the estimated town population is 33,899. It is home to the famous Crown Point Courthouse Square Historic District.

There are also nine subdivisions in Crown Point, including Copper Creek, Deer Ridge South, Ellendale Farm, Feather Rock, The Galleries, Pine Hill, Schmidt Farms, White Hawk West, and Wyndham Woods. Steiner Homes is proud to offer custom-built homes in these Crown Point communities. Availability is dependent on each individual subdivision. Please contact us for more information regarding our Crown Point custom-built homes and the standards by which we build.

Did we whet your home-buying appetite yet? If so, you can find more information, including specific subdivision information, school information, and the history of Crown Point, below.

There are also four private schools located in Crown Point: Call or e-mail us today if you are interested in this beautiful new subdivision. 219.916.3744 [email protected] Wyndham woods is a nice and peaceful subdivision in crown point Indiana. It’s a place where you know your neighbors and they know you. With lots at... Call or e-mail Steiner Homes today if you are interested in this beautiful new Marina Shores condo dev[email protected] With a golf course across the street, easy access to Chicago, downtown Crown Point, and a short drive to numerous... Call or e-mail us today if you are interested in this beautiful new subdivision. 219.916.3744 [email protected] Schmidt farms is an ideal subdivision in crown point Indiana right off of highway 65. Being so close to the city it is convenient for those who may... 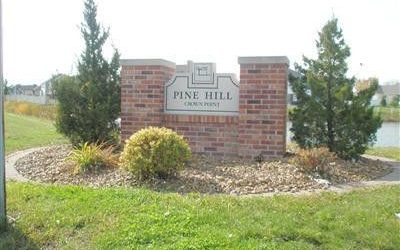 Call or e-mail us today if you are interested in this beautiful new subdivision. 219.916.3744 [email protected] Pine hill is a beautiful subdivision with both walkout and daylight lots remaining. Chicago is only a short drive away as the subdivision is only a... 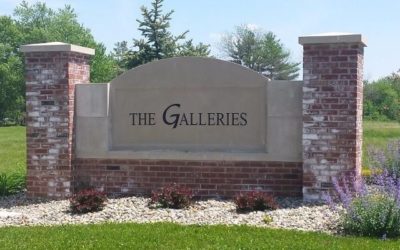 Call or e-mail us today if you are interested in this beautiful new subdivision. 219.916.3744 [email protected] The Galleries subdivision showcases several attractive amenities. The minimum lot size is one acre for those wanting more space a rare find in... Call or e-mail us today if you are interested in this beautiful new subdivision. 219.916.3744 [email protected] Deer ridge south is one of the most beautiful subdivisions there are, whether you’re talking about the gorgeous pond or the beautiful tree line in... Call or e-mail us today if you are interested in this beautiful new subdivision. 219.916.3744 [email protected] Copper creek is a very fast-moving subdivision, it has a very home like feeling to it but isn't too big either. It's in a great location and lots...

How Did Crown Point Get Its Name?

The name of Crown Point has evolved over time, first getting its name from the area’s first original settler, Solon Robinson. With his arrival, the city became known as Robinson’s Prairie, although Robinson was also known as the Squatter King. The name was later changed to Lake Court House and then to Crown Point in 1845. The city was incorporated in 1868 and is referred to as the hub of Lake County because of its location.

Crown Point is also one of the only cities to have no waiting period for marriage licenses, so a number of celebrities came through the city to get married. Some include Joseph Jackson, the patriarch of the Jackson 5, and Cassius Clay. Some people referred to it as “Marriage Mill” during that time, as it was a top place to come for a quick marriage.

Several famous people have lived in Crown Point. A politician from the city is Ambrose Stephen McDonald, a businessman and state legislator in Wisconsin. Notable athletes include Dan Plesac, a former Major League pitcher and analyst on the MLB Network; Zach Plesac, a pitcher for the Cleveland Indians; and Richie Roberts and Ralph H. Young, a former football player and coach at Michigan State University.

Two decorated military members also hail from the city: John Wheeler, an officer during the Civil War, and William G. Haan, a general in World War I. Additional notable individuals include Jerry L. Ross, an astronaut; Dean White, a billionaire entrepreneur who built his family’s billboard business to extreme success; and Thelma Strabel, an author. Solon Robinson, a pioneer, agriculturist, author, and journalist, moved with his family to what would become Crown Point on Oct. 31, 1834. Robinson staked his claim at that time and then funded a project to build a county courthouse in the area. After spending $500 on the project, Robinson was able to aid in making Crown Point the county seat of Lake County. More than four decades later, a new, larger county courthouse was constructed in the center of Crown Point. It still stands and is known as the Grand Old Lady, becoming one of the most prominent features of the city.

William Jennings Bryan addressed a crowd of people from the steps of the courthouse while campaigning to become the president. A group of more than 4,000 watched a winning harness-racing horse from the courthouse as well. The first Cobe Trophy automobile race took place in Crown Point in 1909, which Louis Chevrolet won. In the late 20th century, the city gained notoriety when John Dillinger, the FBI’s public enemy No. 1, escaped from Lake County Jail. In 2008, Universal Studios made a movie about the escape, so star Johnny Depp also visited the city.

At Steiner Homes, our team members are passionate about building some of the most distinct yet affordable homes in Northwest Indiana. Each of the new homes comes with a package of select features to appeal to your needs, no matter what you may be dreaming of in your ideal living space. Our floor plans are customizable, allowing you to adjust the room sizes, add a third bay in the garage, or modify the elevation for a unique look. You also have plenty of additional options available to make sure you’re getting your dream home.

Crown Point houses several parks within its limits, offering outdoor space for kids to run around and have fun. The parks are operated by the city’s parks and recreation department, which is committed to improving the quality of life for the community by providing leisure space, activities, and programming for all ages. Within the city, you’ll have access to 19 different parks, including a seasonal ice rink, a sportsplex, a skate park, and a municipal pool. Some of the parks feature multiuse trails for hiking, biking, and exploring.

With ten public schools and four private schools, mentioned above, you’re sure to find a good fit for your child in Crown Point! With so many schools given the town’s population, this small Eden in Northwest Indiana will set your mind at ease: Your student will enjoy the schools’ low teacher-to-student ratio. In fact, on average, the Crown Point public schools boast a 20:1 student-to-teacher ratio.

Crown Point High School is consistently included on Newsweek’s list of “America’s Best Schools,” thanks to its college acceptance and graduation rates, ACT and SAT scores, and the number of students enrolled in advanced courses. The excellence of its education program also earned Crown Point a spot in the “Best Places to Live” Category in 2010, 2011, and 2012.

BestPlaces.net reports that the schools spend about $9,365 per enrolled student, which is below the national average of $12,383. The lower cost of living in the area is a factor in lower spending.

Featuring outdoor space, highly rated educational institutions, affordable housing, and a small-town vibe, Crown Point is a great place to settle down with your family.

At Steiner Homes, we can help you transition from the pricey and over-busy life in Illinois to the more affordable, mellower life in Crown Point. (Not from Chicagoland? No worries, of course: We help folks from all across the globe.)

We’ll work closely with you throughout the construction process to keep you informed and aware of each step. Over the years we’ve been in business, we’ve served many customers in Northwest Indiana, and we’d love to work with you. Just complete this form, and we’ll be in touch.