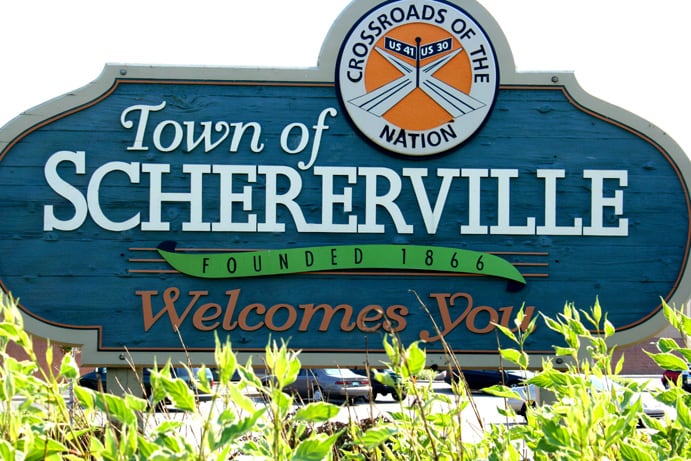 Like Dyer, Schererville is also located in the St. John township of Lake County. Home to nearly 29,000 people, many residents of Schererville commute to Chicago due to the city’s proximity. With beautiful subdivisions, parks, and an abundance of restaurants and shopping centers, it is a popular town for those who wish to have access to anything as soon as they walk out of their home.

Call or e-mail Steiner Homes today if you are interested in this beautiful new Marina Shores condo [email protected] It’s easy to see why Fawn Valley has a street named ”Nature View.” Many lots are wooded and it’s certain that the view...

Living in the actual city of Chicago isn’t for everybody. If you always wanted to slow down your pace and savor the quieter life, the relaxed ambiance of Schererville will appeal to you. In 2007, Money Magazine included Schererville in its list of the 100 best places to live in the United States, and with good reason. We at Steiner Homes Ltd. can attest to this ourselves, with our years of experience in selling homes in this Northwest Indiana community.

Located in Lake County’s St. John township, this picturesque Indiana city has a population of around 29,000 and an abundance of parks and attractive neighborhoods. And did we mention a diverse range of shopping centers and restaurants? Yes, you can find everything you need within a stone’s throw and also get to sample excellent cuisines from multiple cultures when you are in the mood to eat out.

So, if you want to raise your family away from the clamor of the Windy City, why not consider putting your roots down in Schererville?

Schererville: A City on the Crossroads 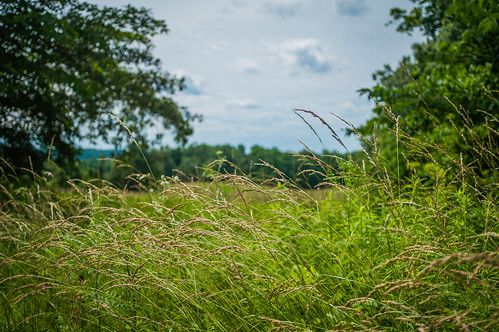 Long before the founding of the city, the area was known as the Crossroads — for obvious reasons, of course. It was here that several Native American trails intersected, and Native American hunters and travelers regularly came through the area. Later, when the American settlers began making their way westward to settle in the lands there, they drove their wagon trains along these routes.

Nicholas Scherer was one such settler. Born in 1830, he was originally from the town of Scheuern in the Saarland’s Tholey district in southwest Germany. Arriving in the United States at the age of 16 in 1846, Scherer began the westward journey a few years later. In 1865, he arrived at the Crossroads near Lake Michigan and decided to settle in the area. He formed a community that became known after him as Schererville. The new town was at the intersection of the trails from the east to the west. And so it also became known as The Crossroads of America.

The old Native American trails have now transformed into U.S. Highway 41, which travels from Upper Peninsula Michigan to Miami, and U.S. Highway 30, which winds from Atlantic City in New Jersey to Astoria in Oregon. Other transcontinental routes that have since developed close to the city include the Borman Expressway, the Indiana Toll Road, Interstate 65, Interstate 80, U.S. Highway 12, and U.S. Highway 20. As all of these routes are within 40 km of the city and see frequent traffic, Schererville remains a crucial crossroad destination in the region.

Advantages of Living in Schererville

Let’s consider some of the features that make it so advantageous to take up residence here:

We may have mentioned this before, but it bears repeating. It is one of the main reasons why an increasing number of people have been buying or building homes in Schererville in recent times. Not only are the subdivisions beautiful, with an abundance of greenery, breathtaking views, and winding roads, but they also offer unparalleled peace and tranquility.

With its small-town vibe, friendly residents, easy access to public schools, and low crime rates, Schererville is undoubtedly a great place to bring up kids. The standard of living is high in this community, and a large percentage of the residents are professionals who commute to work in Chicago.

Take your pick from the wooded lots in Woodland Pines, Fawn Valley, Autumn Creek, and Amber Fields. A whopping 79% of Schereville’s residents own their homes, while 21% rent their accommodations. The median home value is $212, 900 as compared to the national average of $184,700, and the median rent is $963 as compared to the national rent of $949.

It Has Many Entertainment Options

While Schererville enjoys a slower pace of life, especially in comparison to Chicago, there are plenty of attractions here. Enjoy shopping? Don’t miss the etc… Thrift Store. Their well-organized selection includes jewelry, craft items, furniture, books, clothes, kitchen items, and more. Not only does the store offer great prices, but a part of its proceeds also goes toward supporting the Highland Baptist Schools.

Visit Meyer’s Castle just over in Dyer, which is a popular venue for hosting weddings, dinners, and other social gatherings. If you feel up to some adventurous fun with your family and friends, you can head for the Escape Room NWI.

You can spend time outdoors in one of the city’s 27 parks. Or, get some wellness therapy at the well-known spa, Float Sixty. You can also choose to relax over a meal or a drink at one of the many restaurants.

It Offers Excellent Education and Sports Options for Kids

The Lake Central School Corporation serves Schererville. Whether your kids are in elementary school, middle school, and high school, they will have access to academically excellent institutions like Lake Central High School, Clark Middle School, and Homan Elementary.

If your kids enjoy sports, consider signing them up for the Schererville Soccer Club. One of the finest soccer clubs in Indiana, it is open to boys and girls between the ages of 4-17. They hold outdoor games on Saturdays throughout the spring and fall seasons. There is also the Tri-Town Pop Warner Youth Football, Cheer, & Dance that offers football programs, cheer programs, and dance programs to kids up to age 14.

It Has Convenient Transportation

There is more, much more, so come and have a look at the city yourself. Get in touch with us, and we can guide you with finding or building the home of your dreams in Schererville.