Call or e-mail Steiner Homes today if you are interested in this beautiful new Marina Shores condo [email protected] If you're looking for all the amenities associated with a lakeside lifestyle such as boating and skiing, then you need...

A small town located in Winfield Township, Winfield has an estimated population of 6,000 people. Established in 1993, Winfield holds small-town charm with easy access to schools and larger cities. Use this guide to learn more about why you should consider Winfield for your next residence. 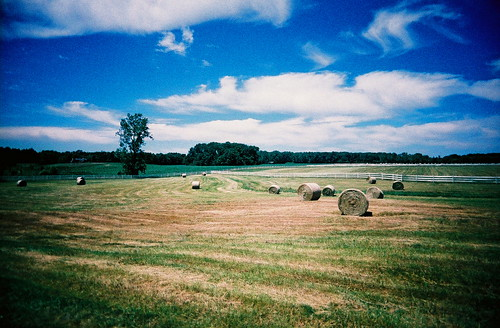 After obtaining permission from the county commissioners, residents gathered the 100 signatures needed to file a petition for incorporation. It took several months for all the paperwork to be completed, and even after Merrillville sued, the ordeal ended with final approval of the town’s creation.

What to Do Around Winfield

If you’re looking for some fun activities and outings, Winfield has several places worth checking out.

In Winfield, stop in at El Jimador Mexican Cuisine for some authentic Mexican fare. With generous portion sizes and a variety of options, you won’t leave this restaurant hungry. Its menu features several dozen items, and some of the more popular ones include the steak ranchero, chimichanga dinner, and flautas. You can pair your meal with one of its specialty margaritas or a beer from its large list of options.

Head over to nearby Crown Point for some fine dining and cocktails at Fahrenheit Two Twelve. Check out its extensive list of daily specials, including build-your-own pasta, juicy burgers, full slabs of ribs, and slow-roasted prime rib. There are also daily drink specials.

In Merrillville, visit the family-style Spice Thai Cuisine to try one of its many home-cooked meals. Start your meal with crab Rangoon along with hot and sour soup. If you want something vegetarian, order the massaman curry vegetarian, which comes with mixed vegetables and tofu.

Winfield has a handful of parks, with more than half located in various subdivisions. These subdivision playgrounds are geared toward children ages 2 through 5.

One park not found in subdivisions is the John B. Curley Memorial Park, which sits next to the Winfield Government Center. At this park, the little ones can burn off some energy on the playground and then head to the pavilion with benches and picnic tables to enjoy some lunch. Another option is the 9-acre Randolph Community Park with a walking path, pond, playground, zipline, and a newly installed Little Free Library.

The largest water park in Chicagoland and Northwest Indiana and the second largest publicly owned water park in the country, Deep River Water Park is a seasonal outdoor water park that operates from Memorial Day through Labor Day. It features more than a dozen attractions, including an 800-foot lazy river, a half-million-gallon wave pool, a children’s play area, and numerous water slides.

Located in Merrillville, Turkey Creek Golf Course is an 18-hole public golf course that has tree-lined fairways and slightly sloping greens. Recently renovated, the course’s highlight is Turkey Creek, which meanders through the course and comes into play on 12 out of the 18 holes. Before you hit the course, get a few practice putts in on the putting green.

Head over to St. John and check out Zig-E’s Funland. This 3-acre site has something for both children and adults. Challenge your family to a go-kart race, hit a few baseballs in the batting cages, and play a couple of the 40-plus arcade games. Don’t forget to play a round of mini-golf.

If you work in a larger city and are interested in setting up your residence in Winfield, it’s important to know the commute times. Here are some of the travel times you might expect if you work in any of these nearby cities:

If you’re interested in joining the Winfield community, consider purchasing a home from Steiner Homes. As the building authority for Northwest Indiana, we know how important it is to have a low cost of living and amenities attractive to young families. Contact us today to get started on making Winfield your home.