You already know Northwest Indiana is a great place to live. But you might not know that it’s also a great place to find excellent craft beers. For years, our little corner of Indiana has been attracting top-notch brewers who have opened breweries and brewpubs at a rapid rate. If you enjoy great beer, delicious food, and family-friendly establishments, look no further. Northwest Indiana is your home for some of the best breweries around.

The owners and crew at 18th Street share a motto: “We live and love what we do.” Their dedication to the brewing life comes through in their beers, which have become very popular around the state. 18th Street has grown into the second-largest brewery in Northwest Indiana.

At 18th Street, you find bold, yet oh-so-drinkable flavors. On any given day, there are pilsners, lagers, and India pale ales on tap. But the beer they’re known for is Hunter, a creamy double milk stout with hints of cocoa. In addition to beer, you can visit the 18th Street locations in Hammond, Gary, and Indianapolis for craft cocktails and a rotating food menu full of favorites like cheese curds and wings. 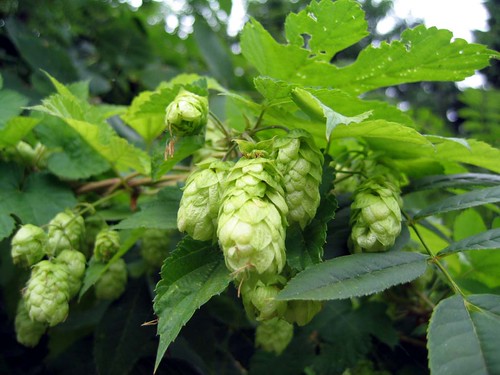 Burn ‘Em Brewing, located in Michigan City, Indiana, seeks to “comfort the disturbed and disturb the comfortable” by providing creative brews. The brewery is known for its unique ingredients, pulled from every inch of the food pyramid. Past recipes have featured the smoky flavors of barbecue meats. Yes, meat!

While some customers come for the wild, experimental flavors, others are here for the flagship beer — Kreamed Corn. This smooth cream ale is made with Indiana creamed corn, securing its place as a Hoosier favorite. Kreamed Corn pairs well with the brewery’s short, rotational list of food items including dips, pretzels, and other munchies.

For a relaxing weekend, drive over to Dyer, Indiana, to visit Windmill, a business dedicated to creating beers for every palate. The team at Windmill wants to be known for more than IPAs. They offer crisp lagers, barley wines, pilsners, and fruity creations such as the Cadence and Blues, a Berliner Weiss-style ale made with blueberries.

The welcoming, family-friendly atmosphere at Windmill is clear from their taproom, which retains a quiet, cozy vibe and imposes a three beer per person, per day drink limit. Cocktails and food are not served in-house, but drinkers are invited to stop by local restaurants and get food to-go before settling in at Windmill.

Travel to Crown Point, Indiana, to visit a hometown favorite, Crown Brewing. Founded in 2008, the brewery takes its name and inspiration from a brewery that operated in Crown Point in the early 20th century. This modern iteration of Crown Brewing is now securing its own spot in the history books.

The taproom at Crown Brewing doesn’t offer food or cocktails, but they have plenty to choose from when it comes to refreshing beers. One of their most popular is the Industrial Porter, an award-winning brown porter. If you want to play with flavors, take a look at their seasonal beer list. The team at Crown has also brewed up some deliciously sweet craft sodas that are must-try items.

Sometimes you want an excellent beer. Other times, you long for a fun and friendly atmosphere. At New Oberpfalz Brewing in Griffith, Indiana, you can have both. This Bavarian-themed brewery is known for its communal tables and lineup of classic German beers. Customers flock here for pilsners, lagers, and Russian Imperial stouts.  Their most popular offering is the award-winning Helles Lager, a traditional lager with a crisp finish.

In addition to their lineup of delicious brews, the New Oberpfalz taproom offers wine, cider, and soft drinks, as well as a full menu of snacks, salads, burgers, and desserts. Young guests can choose from a menu of kid-friendly favorites.

You’ll return to Whiting, Indiana, again and again to get your growler refilled at Bulldog Brewing Co. Billed as Indiana’s oldest microbrewery, this establishment boasts an impressive list of classic beers on tap, from hoppy IPAs to drinkable wheat ales and full-bodied stouts. Customers frequently rank the light, creamy Standard Diamonds Ale at the top of their lists.

In addition to its excellent beers served, Bulldog offers a full list of signature cocktails and an extensive menu of all-day eats, including portions sized just for kids. Locals love the live entertainment and seasonal brews. There’s always something new to try at Bulldog Brewing Co.

If you’re looking for a family-friendly craft brewery with plenty of space to stretch out and socialize, Byway Brewing Co. in Hammond, Indiana, should be at the top of your list. A newer face on the beer scene in Indiana, Byway opened in 2016. It features a massive taproom and airy, open patio. Head here for finely-crafted ales and lagers. Goldblatz, an accessible and tasty golden ale, is sure to become a crowd favorite in the coming years.

The 125-seat interior offers a chef-driven menu of snacks, sandwiches, and entrees. While Byway doesn’t offer spirits, it does have an ever-changing list of about a dozen craft brews, each available in sample sizes, pints, and crowlers to-go. 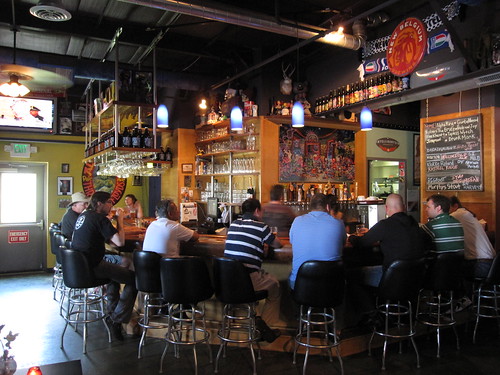 You can’t live in Northwest Indiana without making a stop at Three Floyds. This Munster, Indiana brewery has been making delicious craft beers since 1996. Their year-round list includes IPAs, ales, an oatmeal stout, and so much more. Every beer drinker can find something to like at Three Floyds. Their flagship brew is Alpha King, an American pale ale with a hint of sweetness, but you won’t want to miss their seasonal beers, barrel-aged varieties, and creative collaborations.

Three Floyds Brewpub is a favorite spot for families and friends to come together. Dogs are welcome on the patio, while the interior offers plenty of room to gather, drink, and eat. For those who prefer spirits, Three Floyds operates its own distillery, producing gin, whiskey, and rum, and its menu of small bites, large plates, and creative calzones will satisfy those looking for a good meal.

While these are some of our favorite breweries in the Northwest Indiana region, the list could go on and on. If you agree with our assessment – or if you think we should add some businesses to our list — let us know. At Steiner Homes, we always want to learn more about Northwest Indiana and all the amazing people who call our area home.